Be a mother
You are here: Home > HOSPITAL > Be a mother 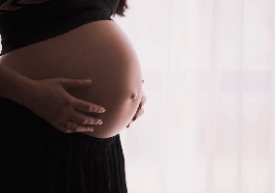 When the desire to be a mother arrives, the woman, regardless of social status or sexual condition, should be able to be. Whether you are a single woman (single mother) or a couple of lesbian women, you should seek help in assisted reproduction.

For many years now, reproductive medicine has helped women become mothers, applying science in the most natural way possible. And now, and increasingly, both single women and couples of women are mothers thanks to reproductive treatments.

Before carrying out any treatment to be able to get a woman pregnant, it will be necessary to do some medical tests to check the state of health and fertility of the woman and thus guarantee the results of the treatments and that the pregnancy develops normally until the end.

It should be noted that the Semen Banks are in charge of selecting the semen donors that meet the medical, genetic, psychological and fertile requirements required by law. Before being accepted as donors they will undergo a battery of very exhaustive tests to rule out risks for the pregnant woman and her future baby.

Unfortunately in this country, maternity alone or in pairs of women is not covered by public centers and you have to go to private centers. There they are highly specialized to be able to help all types of patients and needs. At a legal level, the person or persons who sign the consent of the technique that is performed determines the rights and duties of maternity of the children that are obtained from the treatment.

Once you have decided that you want to be a mother, it is very important to consult all the doubts that you may have about this topic in order to face it with the utmost tranquility and confidence.

If you want to be a mother, ask, look for information, read and forward, you will surely get it.

For those who want to be single fathers or couples of fathers, the answer can also be found in reproductive medicine. Fathers will need a surrogacy of uterus (for rent) and donor eggs. Currently, scientific societies are pushing to legalize the subrogation of uterus in Spain, since currently the law does not allow it and those who want to be biological fathers must move to another country.

Imma Saumell
Director of the Assisted Reproduction Laboratory of Embriogyn