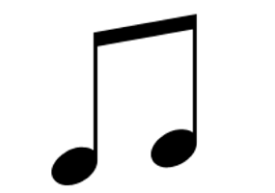 Music therapy is a non-pharmacological therapy recommended for people with dementia. There are a large number of approaches as well as different uses of music for this population, either as an activity or as therapy and stimulates cognitive abilities such as attention, orientation, language or memory.

A family melody can immediately evoke an emotion, a feeling or a memory of the past, giving the person with dementia the feeling of identity, security and familiarity. Music favors autobiographical memory in people with dementia, also finding a significant reduction in anxiety.

It is a powerful tool that stimulates language abilities, such as fluency and informational content. We often find people with dementia who have great difficulty in reproducing or understanding verbal language, however, they are able to sing songs. This is because the fundamentals of language are musical and are a priority to semantic and lexical functions. Active singing greatly improves the evocation of words, especially when it comes to familiar songs, even those people who had lost the ability to learn new verbal material were able to learn new songs.

People with dementia lose the sense of here and now, they become disoriented, they are aware on many occasions of the progressive deterioration they suffer, which triggers feelings of anguish, confusion, distrust, anger or sadness. The need to express their emotions, in many cases, is truncated by the progressive loss of cognitive abilities. Therefore, therapeutic spaces are needed that stimulate work with emotions, which favor the expression and validation of them.

Music therapy promotes a more positive mood in people with Alzheimer’s disease, improves states of anxiety and depression and favors interaction not only during the musical experience, but afterwards.

One of the great challenges for family and professional caregivers is the management of the behavioral disorders of people with dementia. Music therapy is an effective intervention to reduce behavioral and psychological symptoms, and can also improve the communication relationship between the person with dementia and the therapist.